States Parties to the Arms Trade Treaty (ATT) elect a President every year during the Conference of States Parties (CSP) to preside over the CSP the following year, including the preparatory process.

The following persons have served as Presidents to the CSPs:

On behalf of Germany, I take this opportunity as President of the 8th Conference of States Parties (CSP8) to welcome States Parties and all other Arms Trade Treaty (ATT) stakeholders.

These are trying times. We all had and still have to adopt to the impediments to our work caused by the global pandemic. But despite the adverse conditions the ATT was able to continue its important work in the Secretariat, the various working groups, and committees in support of the implementation and operation of the Treaty.

Germany would like to thank the Presidency of Sierra Leone, in particular H.E. Ambassador Gberie, as well as the Secretariat of the ATT, Mr Dladla and his team, for their very effective work in, hitherto, steering the ATT under the conditions of the Covid-19 pandemic. The fact that despite Covid-19-restrictions the 7th Conference of States Parties could successfully take place in a hybrid format from 30 August until 2 September in Geneva was an impressive demonstration of this professionalism and engagement.

Germany is fully committed to carry on the important task to strengthen the implementation of the ATT in all its aspects. Apart from universalisation and stocktaking with regard to achievements and shortcomings in implementation of the ATT, the German Presidency will focus during the CSP8-cycle on “post-shipment controls” and “on-site verifications” respectively. Germany considers PSCs to be an effective instrument and confidence-building measure to fight illicit trade in conventional arms and to prevent their diversion. Germany has introduced post-shipment controls for a certain number and certain categories of arms, especially those that are easily divertible, such as small arms. We would be pleased to share our experience and encourage others to adopt this practice, which we regard as an effective measure to build confidence between exporting and importing states. We envisage a series of workshops and seminars to allow Member States and Civil Society to discuss this instrument and its valuable contributions to an even more effective treaty implementation.

In this context, the ATT plays a pivotal role within the international framework to comprehensively address the problem of diversion and destabilising transfers of conventional weapons and ammunition. We need to take a holistic view of those problems and seek to reinforce the complementarity of the ATT with existing instruments, such as the UN Programme of Action on SALW and, particularly, the International Tracing Instrument.

Germany has always supported all efforts regarding the universalisation of the ATT and will continue to do so. Germany welcomes the announcement of the Gambia to accede to the Treaty and calls upon States that have not yet done so to ratify, accept, approve or accede to the Treaty, in accordance with their respective constitutional processes, in order to achieve its universalization. The accession of the People’s Republic of China to the ATT should inspire other countries in South and South-East Asia also to become States Parties to the ATT. In its bilateral contacts with other states outside the ATT, Germany will promote accession to the Treaty and will offer assistance to potential candidates to prepare to join. Being a State Party to the ATT may in the future become the “gold standard” for both arms exporters and importers in order to demonstrate their sense of responsibility and awareness of the risks associated with the arms trade.

Despite the difficult conditions, Germany is pleased to report that the Federal Office for Economic Affairs and Export Control has been able to continue its outreach activities on treaty implementation with partners in States Parties to the ATT. We are happy to announce that these outreach activities, which are co-financed by the EU, will continue despite the challenges posed by the pandemic in the CSP8-cycle, using Online and hybrid event formats in future, as well as to the extent possible the traditional in-person formats. Experience drawn from these events will be used to foster regional and cross-regional networking and to strengthen the South-South Cooperation, thus supporting the universalisation of the ATT.

The ATT benefits considerably from the participation, experience and recommendations of civil society. Germany highly appreciates these contributions and stands ready to continue sponsoring some of these activities. With a view to the CSP8 cycle, Germany has initiated project partnerships with eminent organisations such as SIPRI, Control Arms, UNIDIR and others. We look forward to presenting some of the project findings to the representatives of States Parties of the ATT during the CSP8 cycle.

The ATT has always been a common success, its effective implementation, universalization and strengthening will remain a common endeavour. Germany stands ready to working with all of you during this CSP8-cycle and beyond to further promote the Arms Trade Treaty.

H. E. Thomas GÖBEL
Ambassador and Permanent Representative of Germany to the Conference on Disarmament
GENEVA 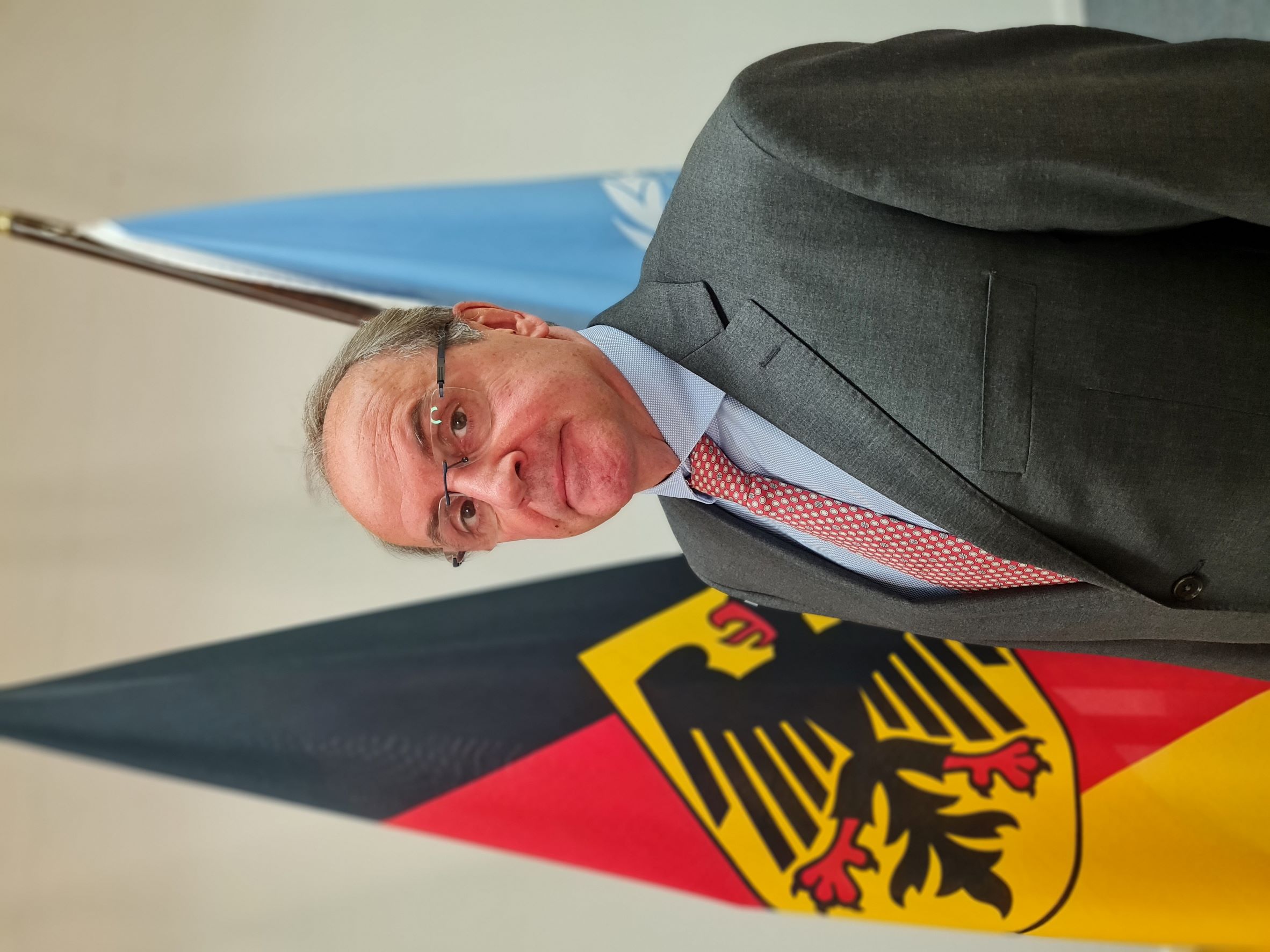 Ambassador Thomas GÖBEL is the President of the eighth session of the Conference of States Parties to the Arms Trade Treaty (CSP8).

Activities of the current President

Outreach activities carried out by the President during his presidency will be detailed here.